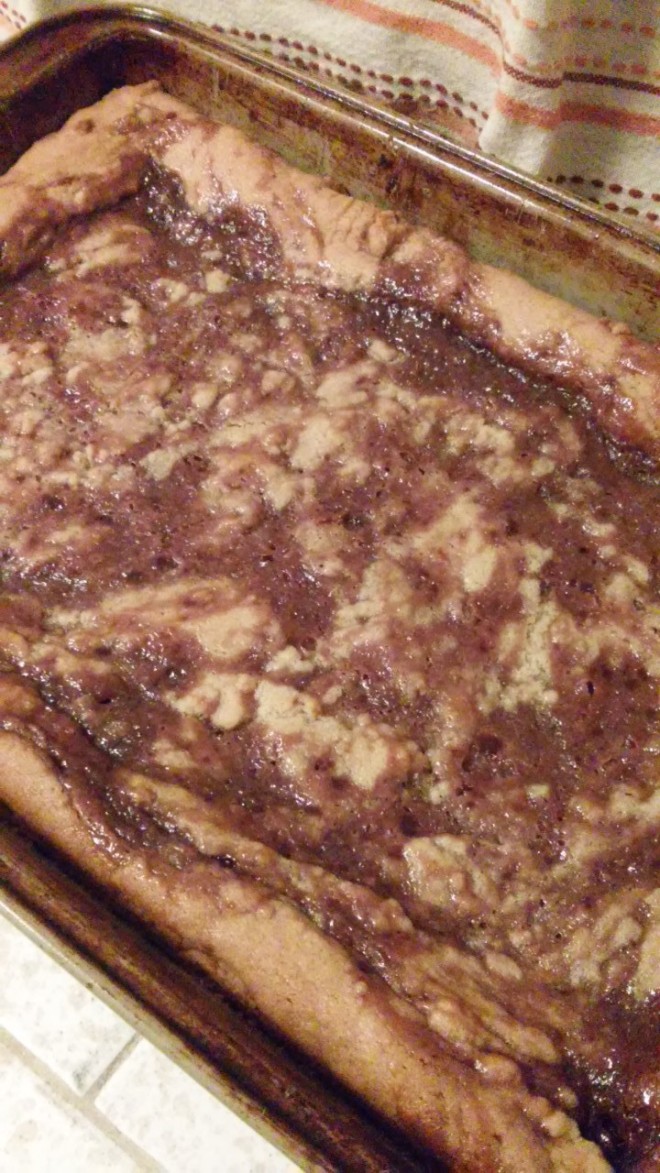 First off, I think the name is a little misleading.  I wouldn’t describe this as a cookie. To me it has more of a peanut butter brownie type texture.  After feeding one to my favorite guinea pig, Anthony, he agreed that “cookie bar” was the wrong term too.  He actually said it was more bread like and not as sweet as he was expecting.  And I would have to agree with that as well.  Which is strange since they have a cup of sugar, a cup of brown sugar and peanut butter in them.

The recipe is pretty simple and the only change I made was the flavor of jelly.  I used a seedless raspberry jam because that’s what I happened to have on hand.  Because again, I enjoy a late night PB&J. Once I got the base made I was surprised by how much there was and that it was a little on the thick side.  When it came time to swirl the jam into the base it was really hard to do.  Usually when you do a swirl both the things have about the same consistency but this didn’t so it was hard to swirl the jam into it.  I ended up trying to smooth it out a bit and then just poured the jam on top in a pattern.  In the end I felt like it could have used more jam, the peanut butter is a little over powering. Since the base is so thick and there’s so much of it, I wish I had put half in and then layered the jam.  I think that would have put more of a flavor contrast in it. 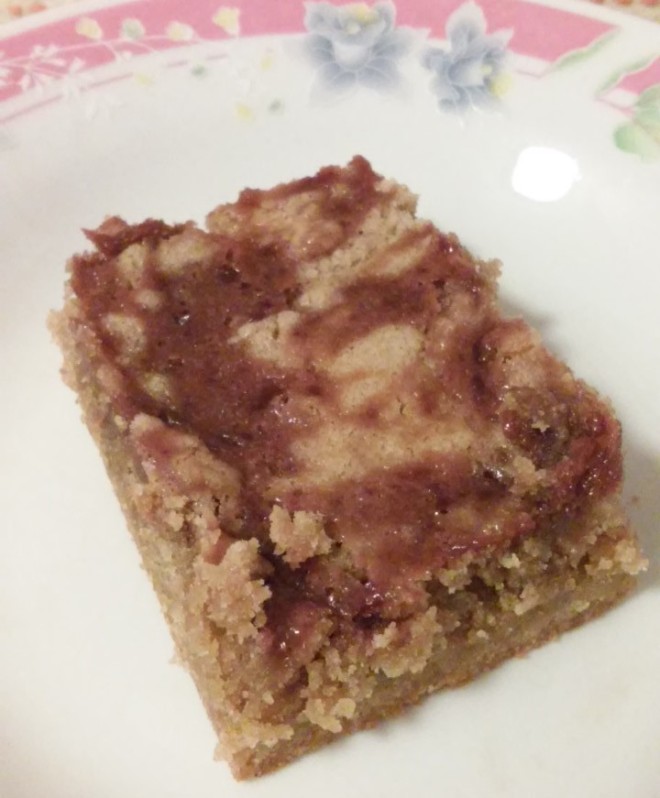 So while this was pretty tasty I don’t think I would make these again. And I don’t think it has anything to do with the recipe but it just wasn’t what I was expecting.  I would probably prefer a peanut butter thumbprint cookie with jam, that way I get both of things I love in an equal amounts.   Great…now I have to go make cookies!